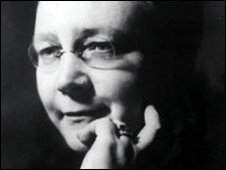 It was the first time anything had ever been done like this. It aroused a storm of controversy;  atheists complained of Christian propaganda, while devout Christians declared that blasphemy would be committed by allowing Jesus to be impersonated by a human actor. In 1941 the English novelist and playwright Dorothy L. Sayers wrote a Radio Drama for the BBC based on Jesus birth, life, death, and resurrection. Many deemed these broadcasts sacrilegious and some even considered them wicked. Far better, it was thought, to quote the Bible than to interpret it, especially on stage. Yet Sayers was determined to give the plays dramatic immediacy, featuring realistic, identifiable characters with human emotions and motivations — and speech-patterns. In spite of the initial controversy, this determination proved powerful in connecting people to Gospels at a time when they were considered to be a collection of disjointed texts and moral aphorisms wrenched from their contexts. Sayers friend C.S Lewis would read the scripts of the plays (published in 1943) every year in Holy Week. He wrote to Sayers:

“I’ve finished The Man Born to be King and think it a complete success.”

Although the gap of several decades is telling at points, Gilbert Meilaender  comments “In her hands, ‘the greatest drama in history’ regains the sting we sometimes, with the best of intentions, take out of it.” As we enter into this Christmastide, take the time to relive the story of The Man Born to be King, so that throughout this season you might abound in thankfulness for God’s inestimable love in the redemption of the world by our Lord Jesus Christ. Listen to the first radio play below, and you’ll find the full twelve episodes here.

One thought on “The Man Born to be King”